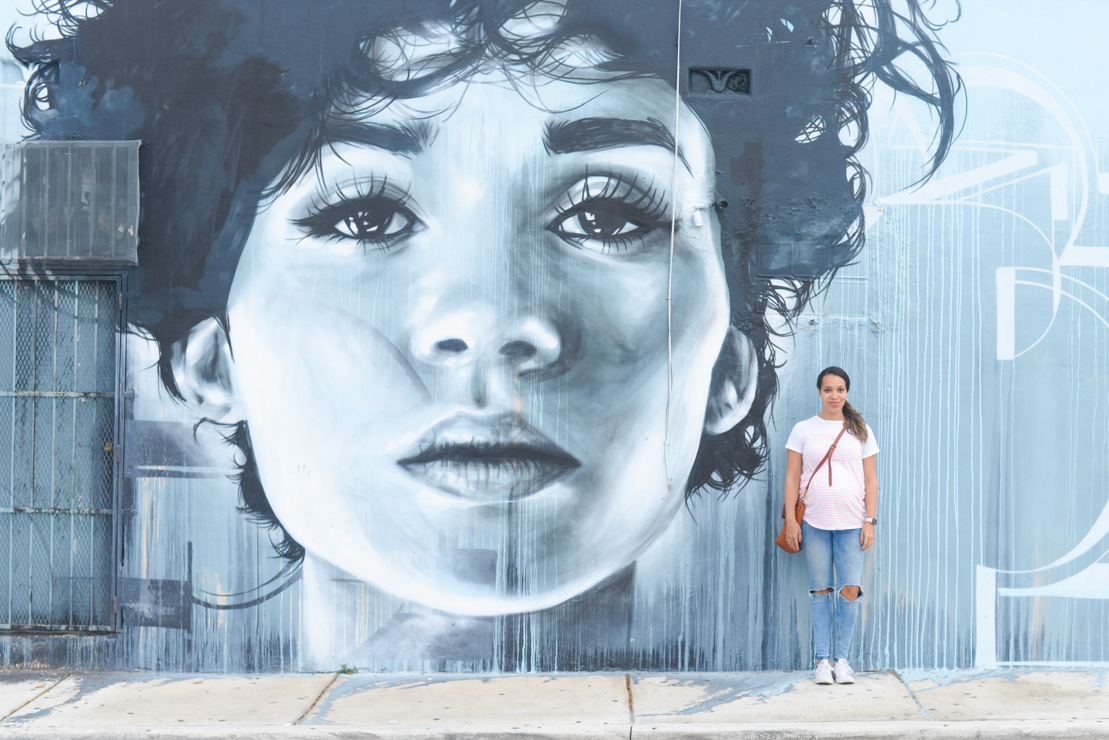 Last week Jordan and I had the chance to spend a couple days in Miami for a retreat with other church planters, and it was a very good time.

In addition to getting to catch up with old friends from around the country and globe, we had free time to explore a bit. It’s also worth mentioning we got to do all of this in 75-degree weather, as opposed to the frigid polar vortex temps NYC had been subjected to. 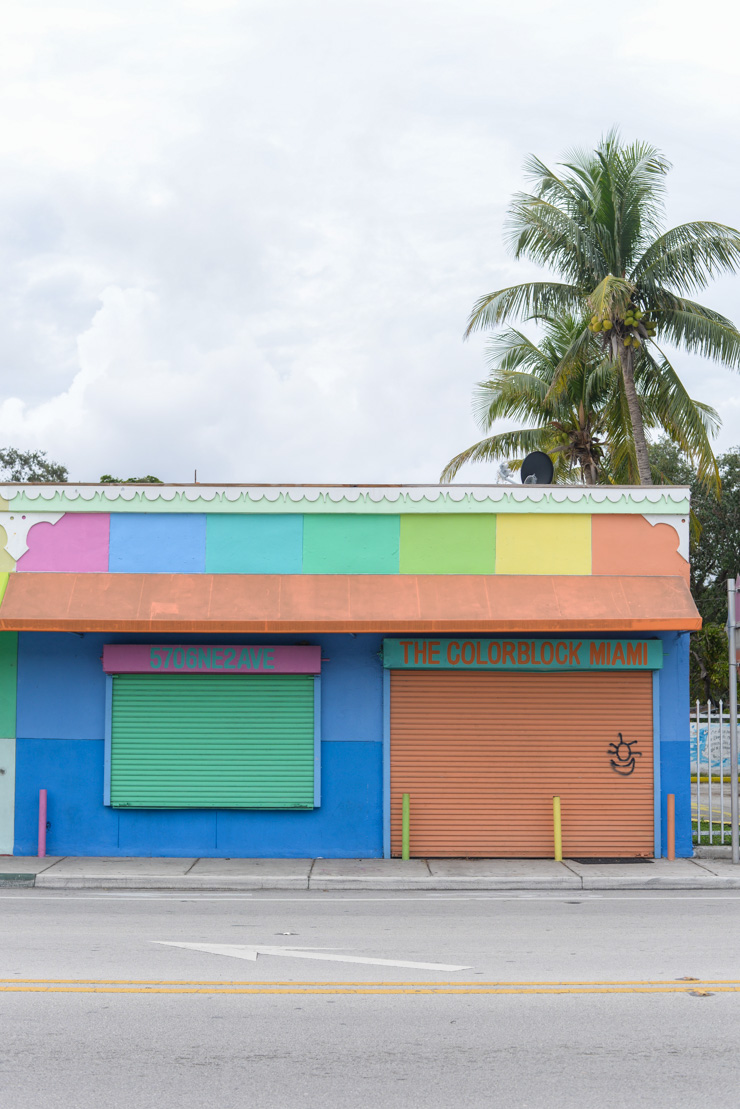 During one free afternoon, we spent a few hours exploring Miami’s Little Haiti neighborhood. We’ve both spent lots of time in South Beach, and during our last trip, we spent time in Wynwood (you can see photos from that trip here). So we were excited to check out a new section of town.

Our first stop was for lunch at Chef Creole (on NW 54th Street). The chef who owns the place  fuses Haitian and Bahamian food, and the most popular dishes are the seafood ones. 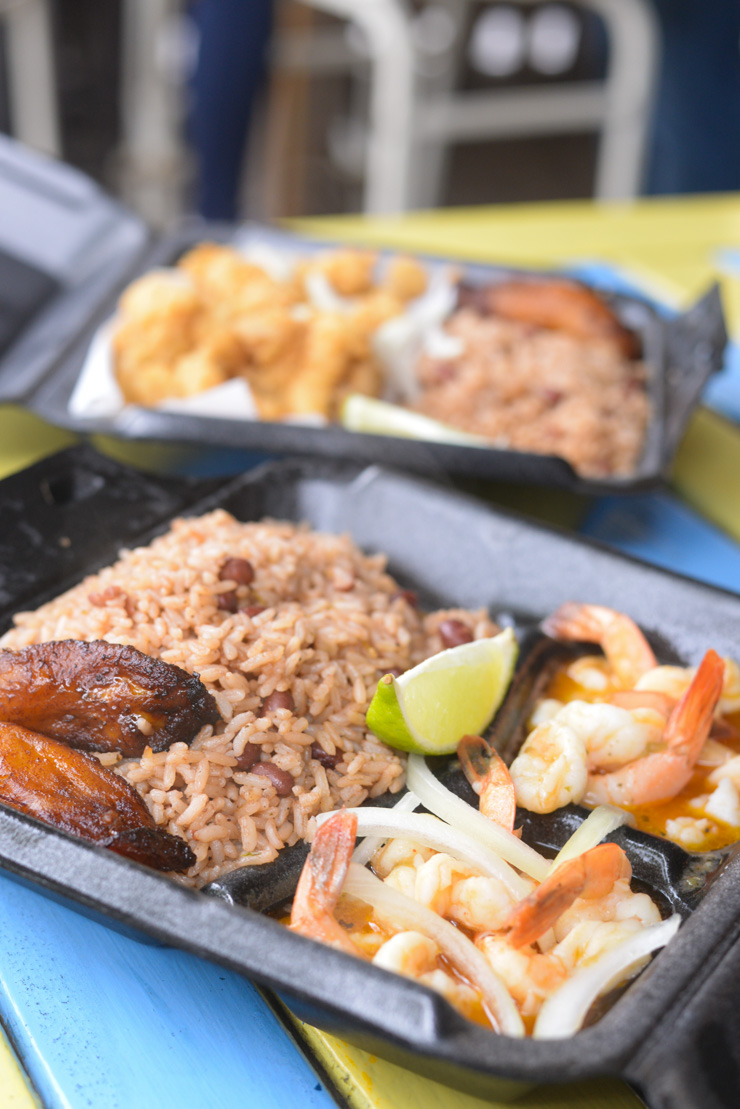 When I tell you this was some of the best food ever! Jordan ordered fried conch, and I had creole shrimp. And all served up with a side of pikliz — the popular Haitian topping made of picked vegetables and Scotch bonnet peppers. So so good.

What was also nice was that Chef Creole has outdoor seating under a grass hut structure, which very much reminded me of what it’s like to eat at one of my favorite jerk spots in Jamaica. Reggae cover music playing over the speaker and all.

If you find yourself in Miami and want legit Haitian food, please make your way to Little Haiti. 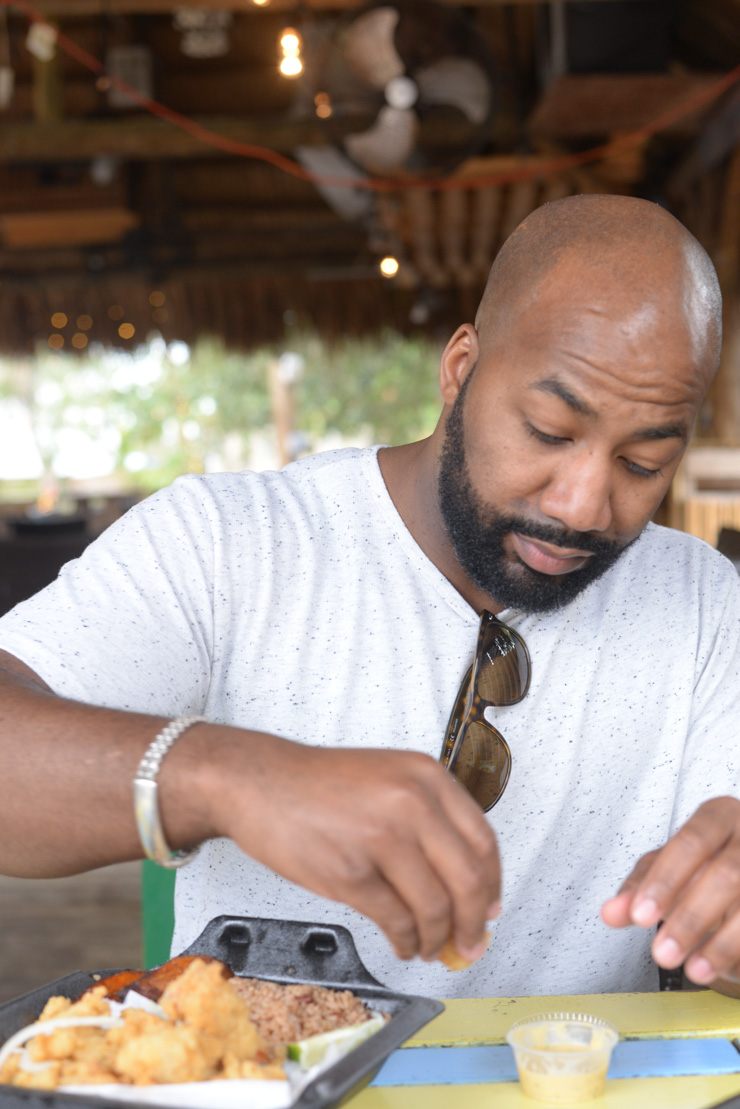 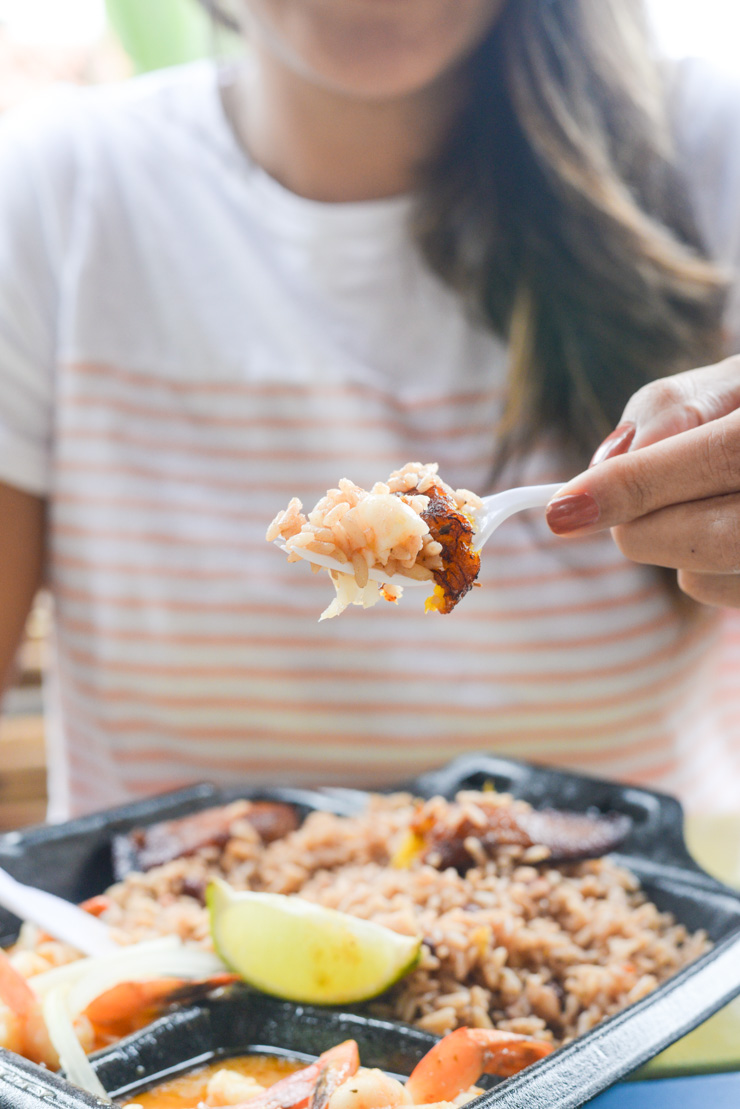 After finishing our food, we walked toward the Little Haiti Cultural Center. Along the way, we stopped to take photos of a few interesting murals… 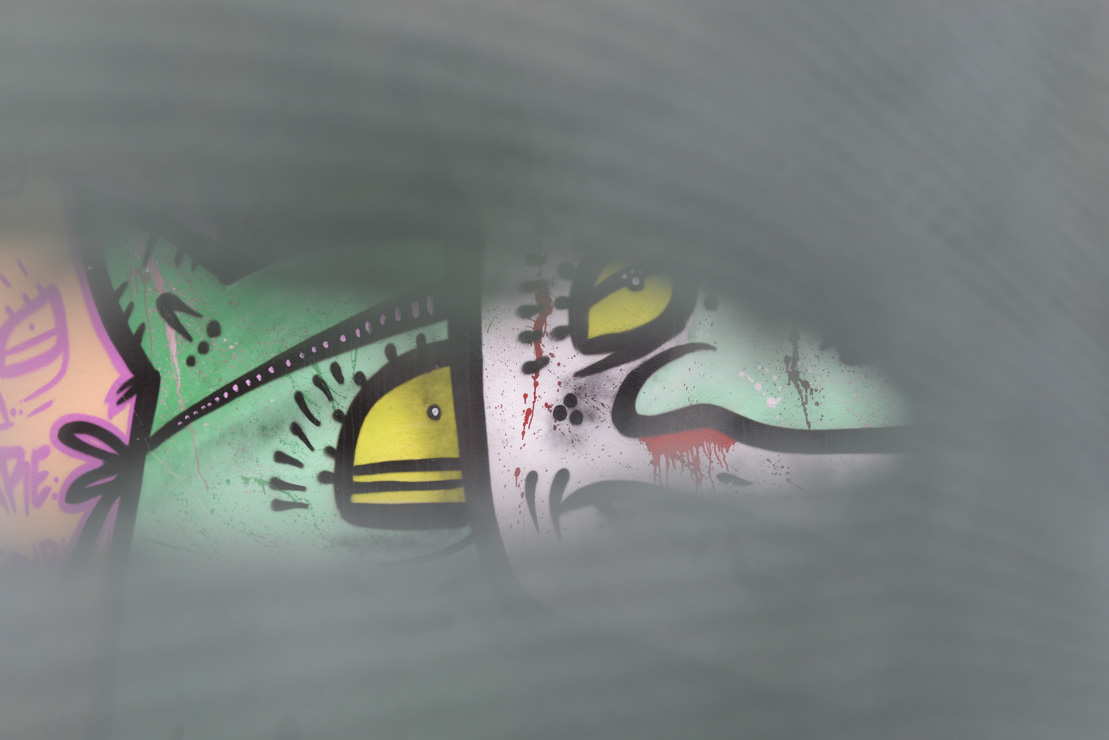 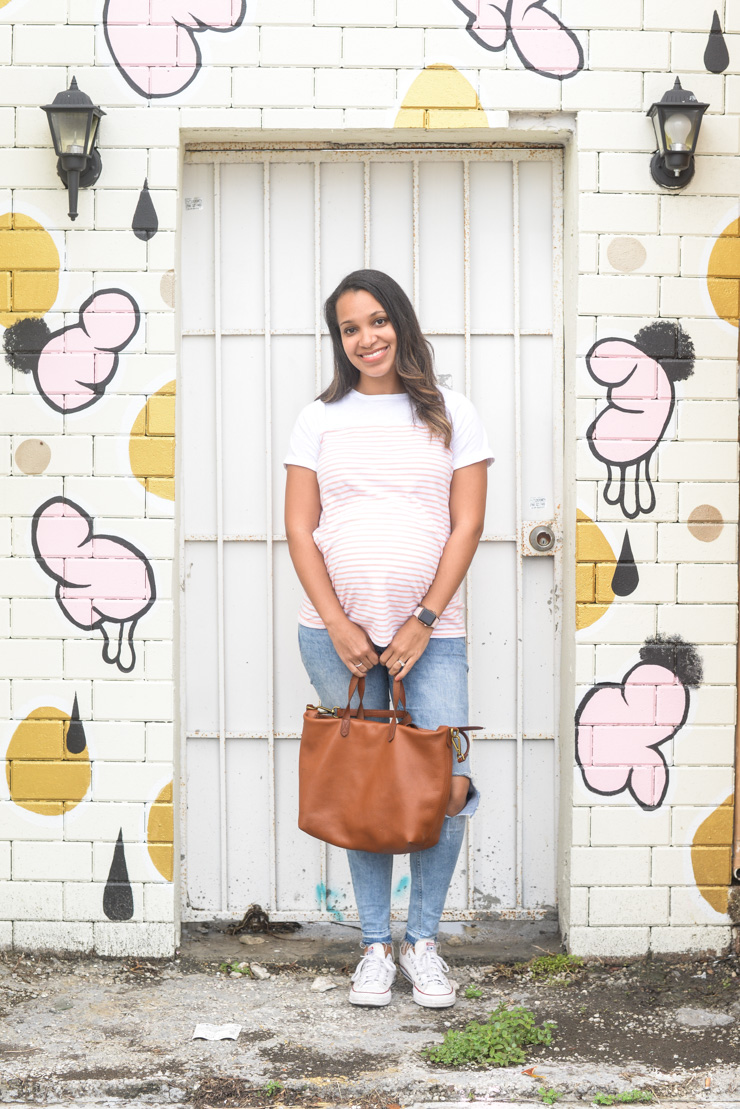 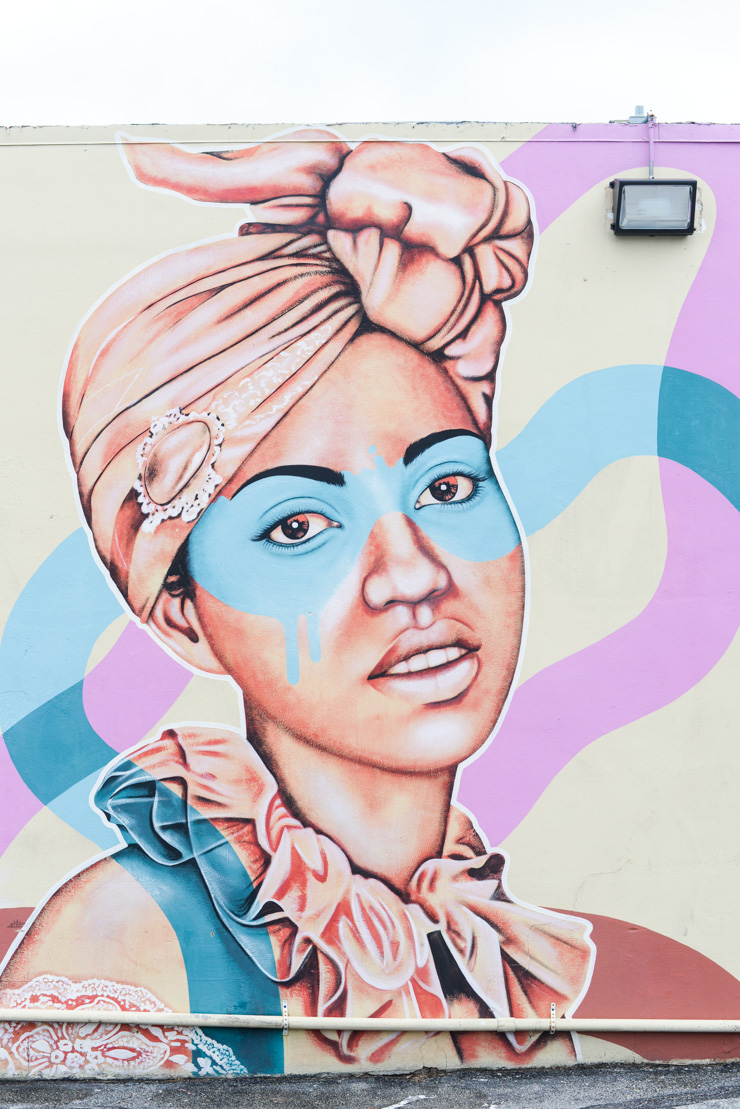 We also made a stop in Sweat Records, which had a wide range of mainstream and indie music for sale. Jordan and I are far from being cool hipsters who own a record player, but it was fun to come across albums from the ’90’s and share which ones defined our teenage years. (This also led to us playing some very random Wu-Tang Clan in our room later that day, lol.) 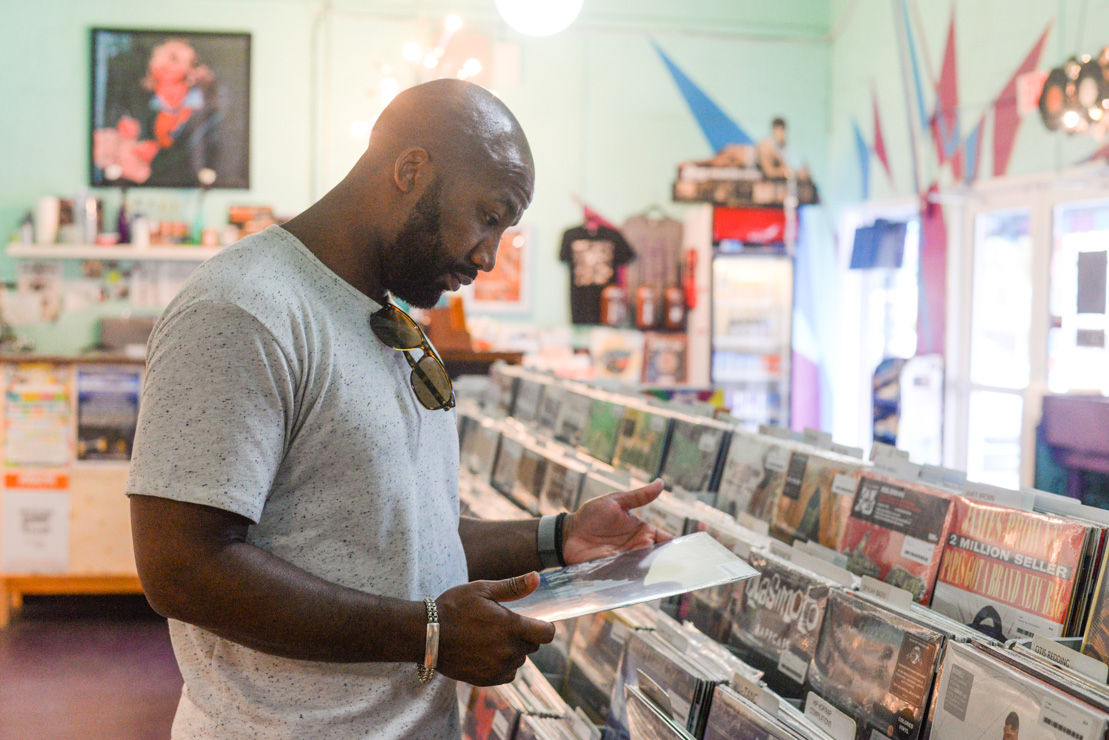 We walked a bit more, and since we were there on a Wednesday, in the middle of the day, things were pretty quiet. 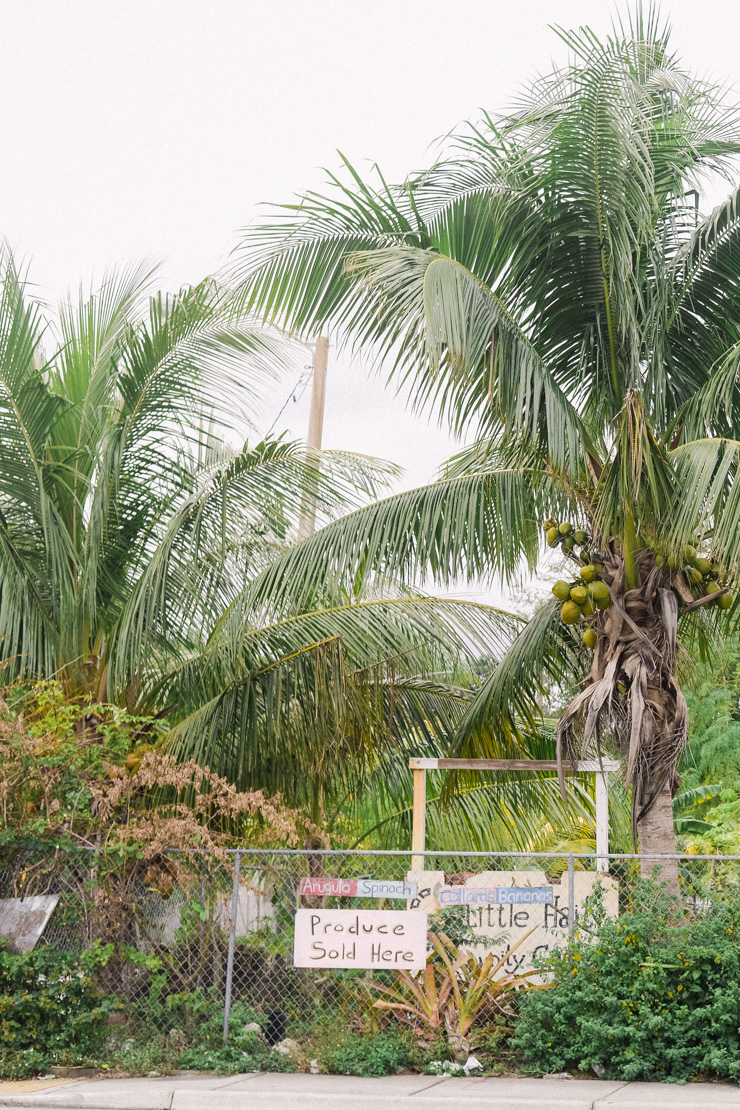 We made it to the Little Haiti Cultural Center, and took in some of the art — our favorite being the large mural just outside the building. From what I understand, there’s a market that’s open on Saturdays, which is meant to be a replica of markets found in the Caribbean. 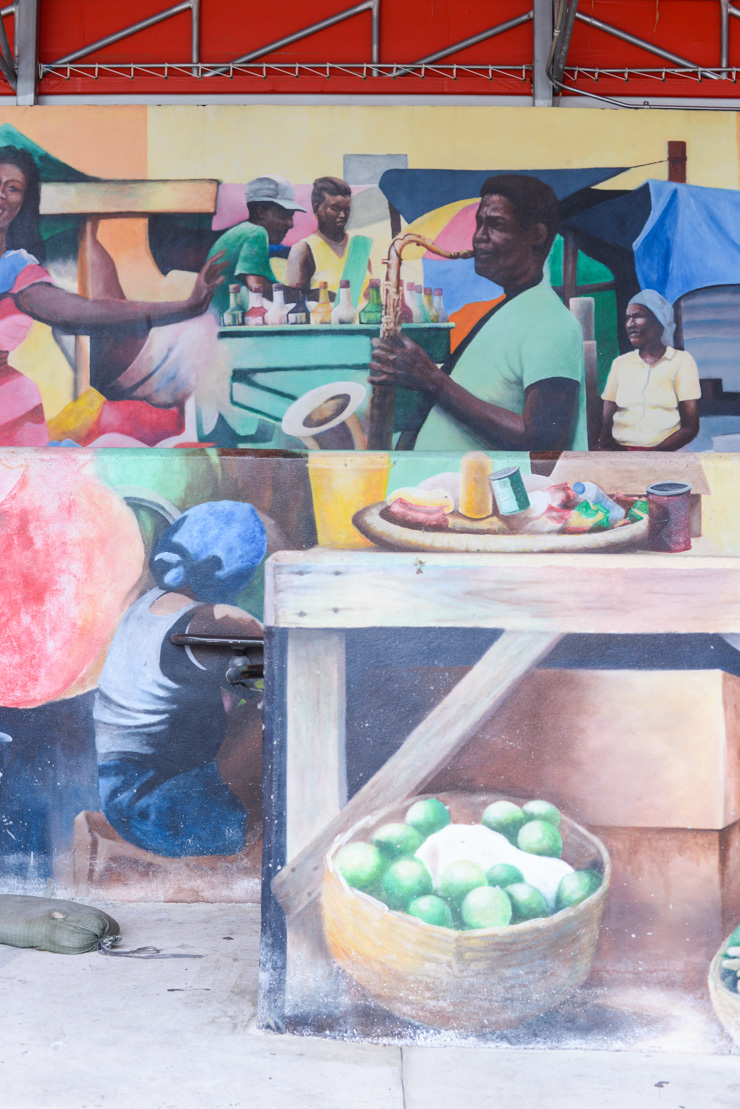 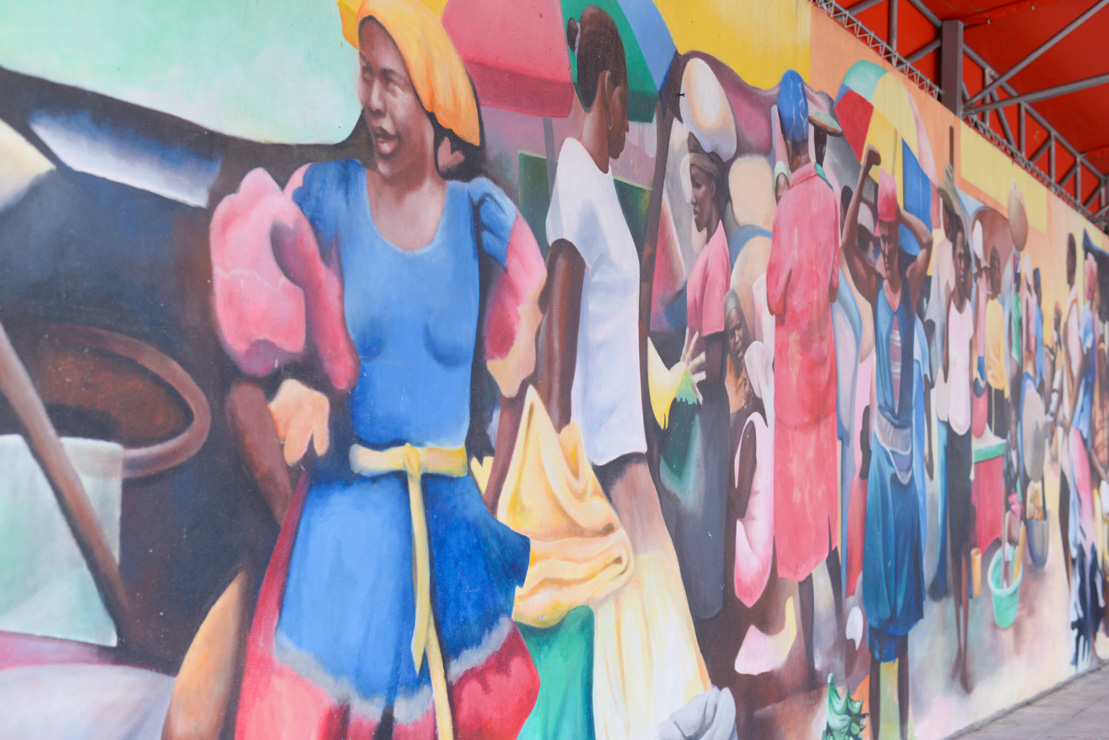 Feeling good about the small handful of things we’d experienced, we headed back to our hotel. I wouldn’t label Little Haiti as a “tourist destination” per se — which isn’t meant to detract from the neighborhood — but I’d imagine visiting with a local would yield a much richer experience (I often think this about Harlem, where I live). Still, there are definitely some places to experience Haitian culture via art and food, so if you have an interest in either, it’s worth checking out. 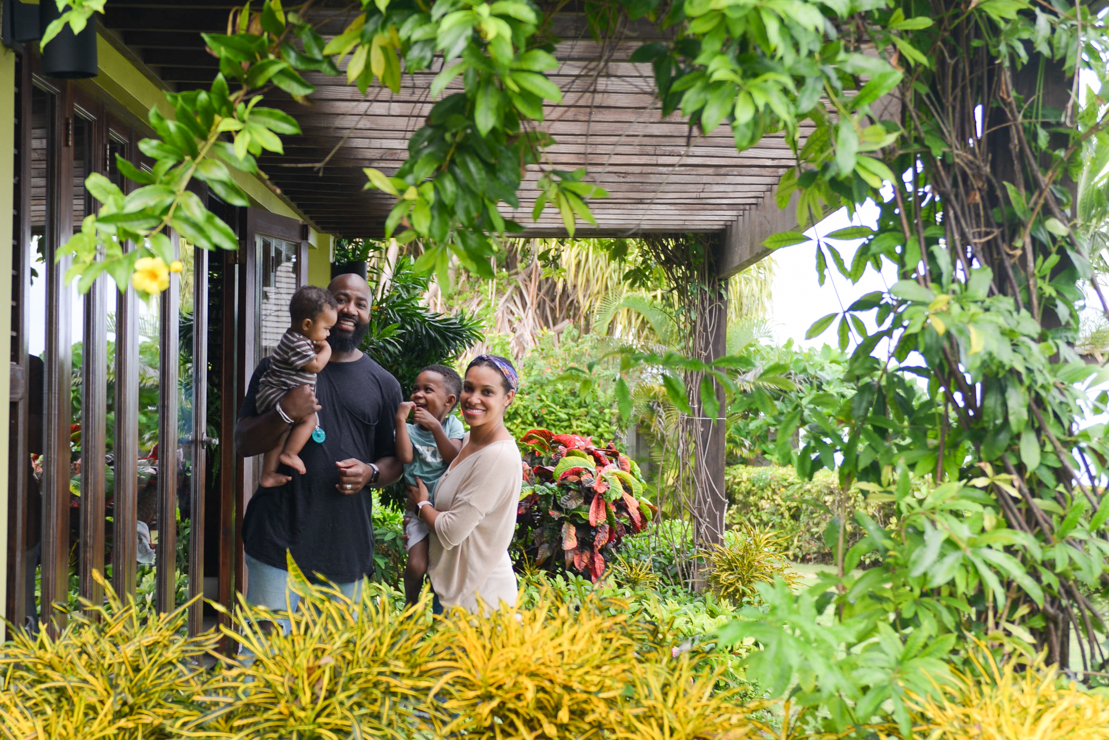 Our Villa Vacation in Jamaica 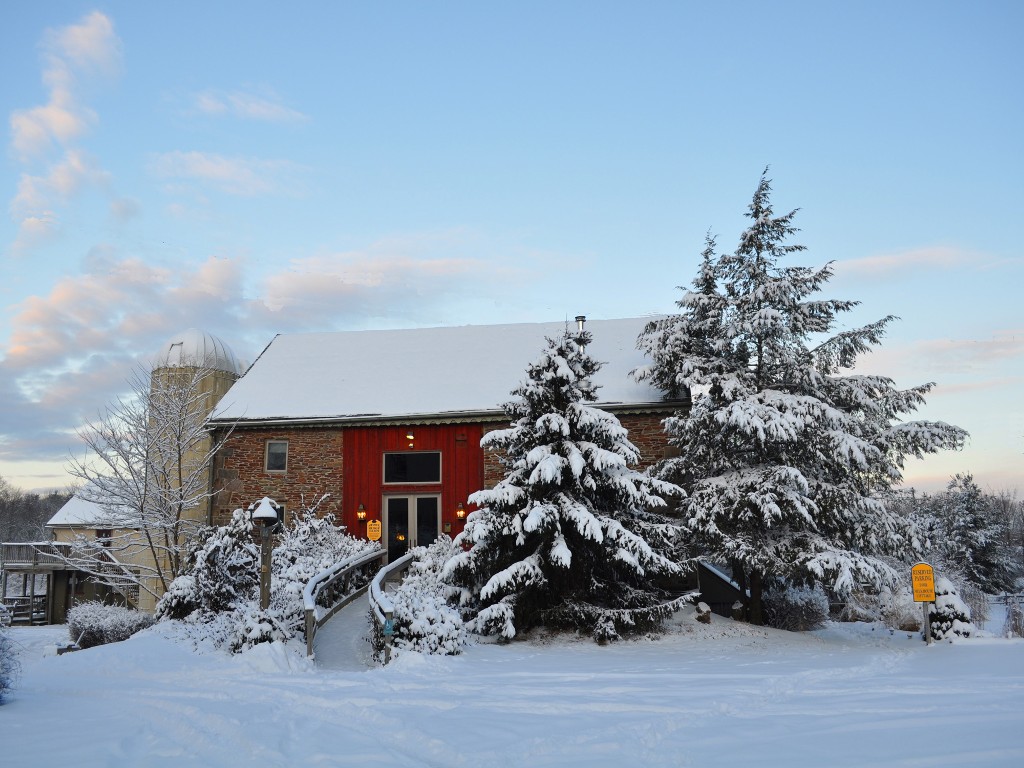 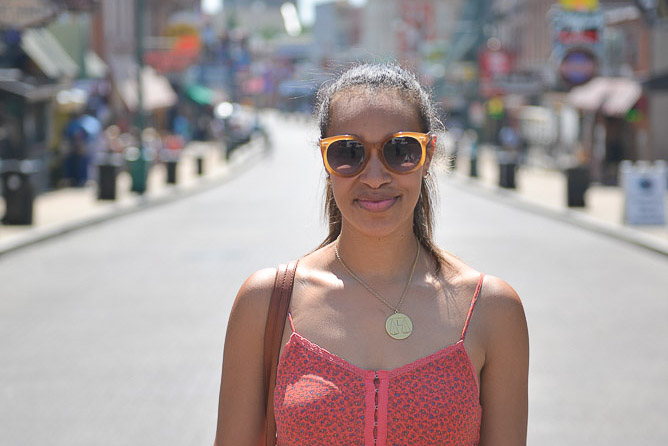 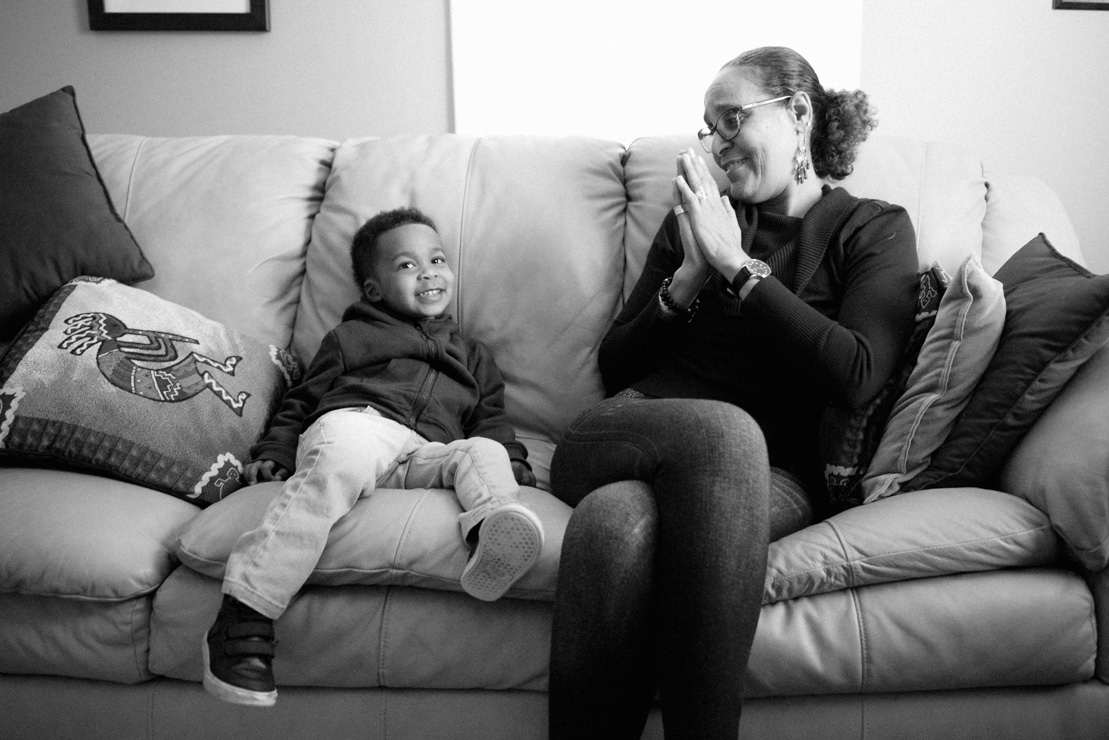 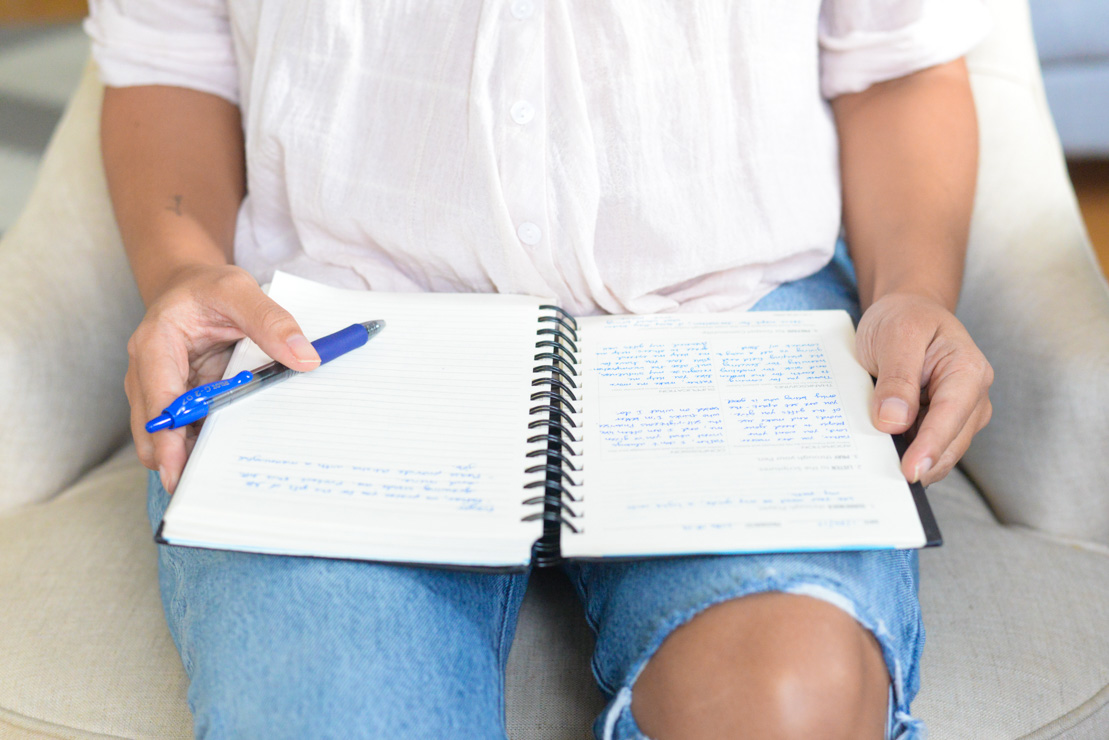 How I Grew in My Spiritual Practices