Since the time when he was old enough to eat solids, we’ve been giving Jameson these little pouches of puréed mixed fruit and vegetables or ones with yogurt (which are really his jam).

And the pouches have always been an easy way for him to get a snack, both quickly and with little mess. We’ve got the pouches on automatic refill through Amazon, and a supply

just shows up on the first of each month.

But lately, the pouches have become a thing. Not a thing for Jameson, but a thing for me. What was once just a quick snack in my mind has turned into much more. Nowadays, I’ll screw off the top of the pouch, hand it to Jameson, and he’ll hold it with his two little grubby hands and look up at me with Puss & Boots eyes, and I am pretty much reduced to a puddle of emotional mess. 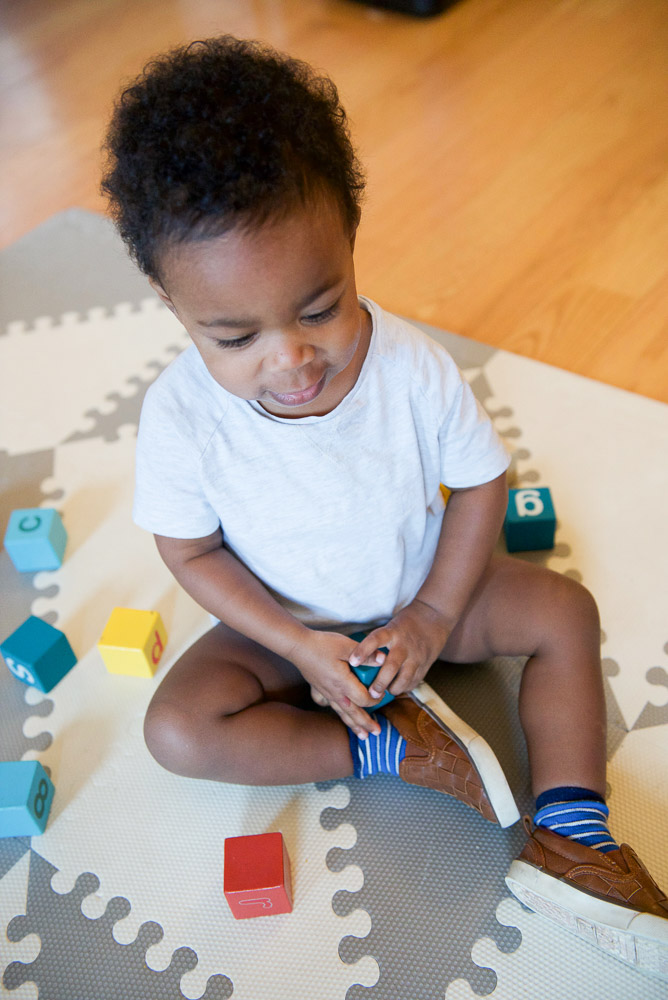 It’s not that I’m sad that he’s getting bigger, it’s more that I’m just amazed at how he’s become this little person (and managed to be so stinkin’ cute while doing it).

In this past month, he’s learned all of his letters, which pretty much has me and Jordan thinking he’s a genius. Nevermind that your kid recognized letters at 21 months or even earlier. Not relevant. We’re not concerned with benchmarking — simply put, our kid is phenomenal. :-) 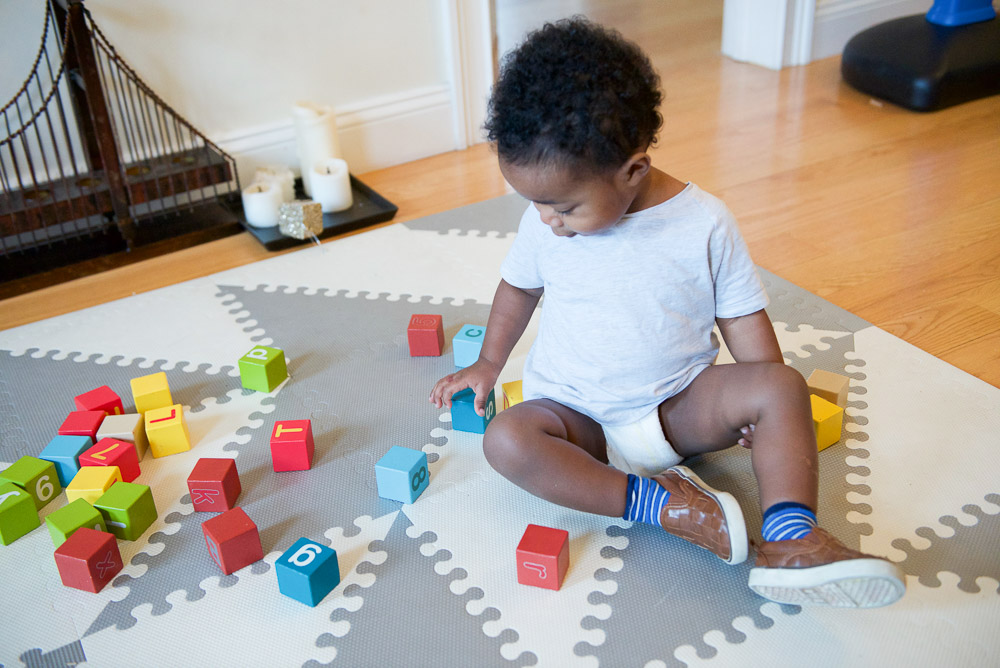 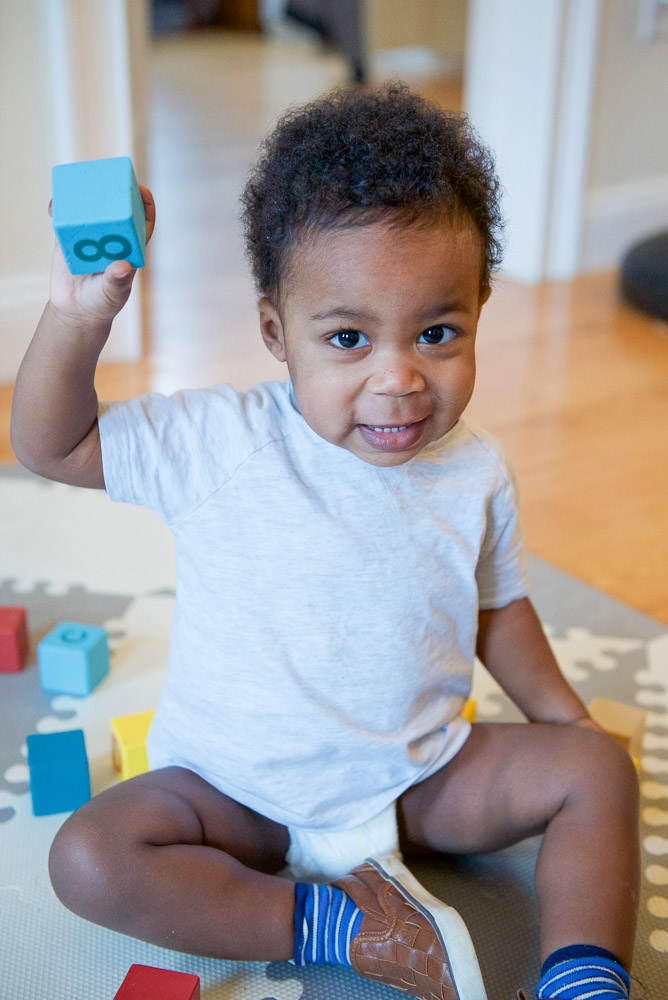 On the topic of letters, we may be working with an unhealthy obsession with the letter, “O.” If it’s anywhere to be seen on a page or a sign, it’s getting a shout out. Multiple shout outs. My thinking is that “O” has a sound unlike any other letter in the alphabet, so he’s confident he’ll always get it right. The boy loves to be right and learn and be praised and quizzed, and the whole thing is a ton of fun.

This is him saying, “Dub-yoooooo.” 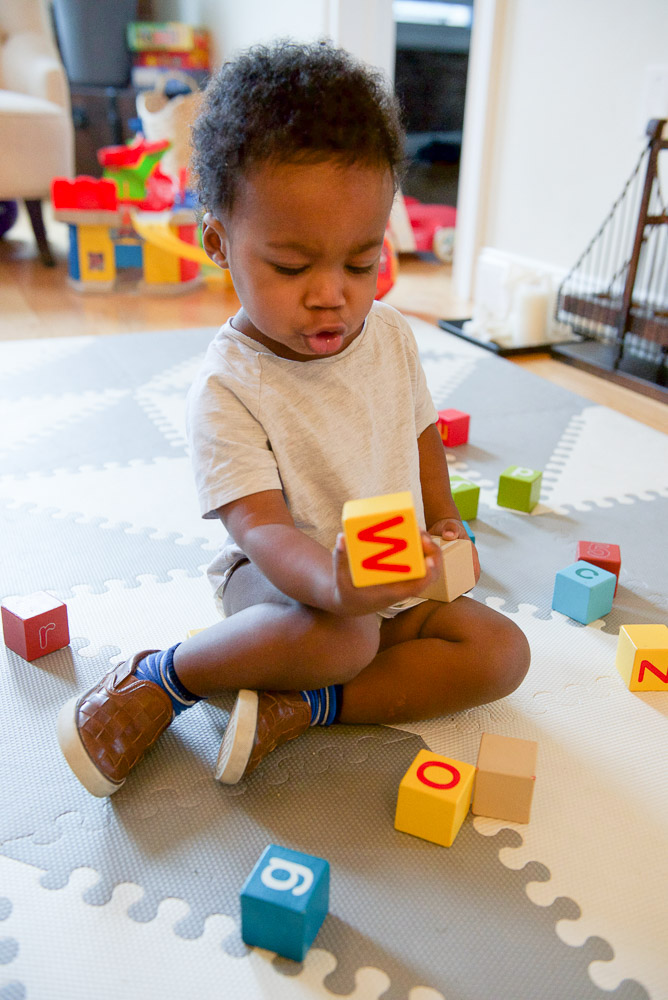 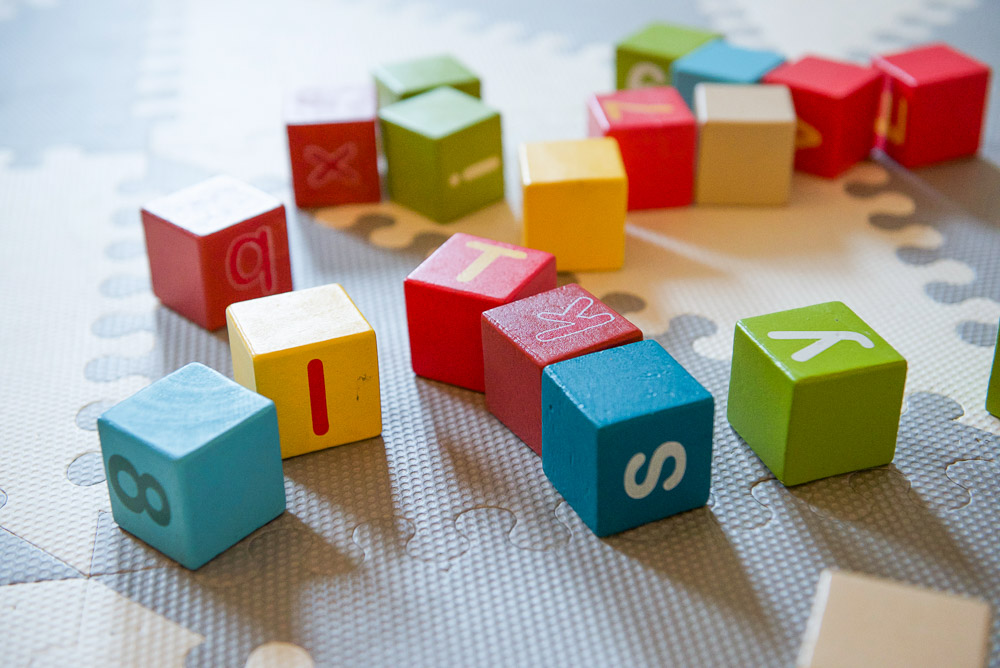 Of course, with time, the tantrums are getting more real. Someone tell me — where do kids come up with the idea of falling out on the floor to show protest? When I carry Jameson off to do something he doesn’t want to do, he doesn’t say “No,” but instead says, “Whoa,” kind of in a “Don’t taaze me, bro” type of way. Again, where does this stuff come from? It’s these tantrums that lead parents to just let their kids walk around like this — no pants, shoes on, bucket in hand, makeshift hat… 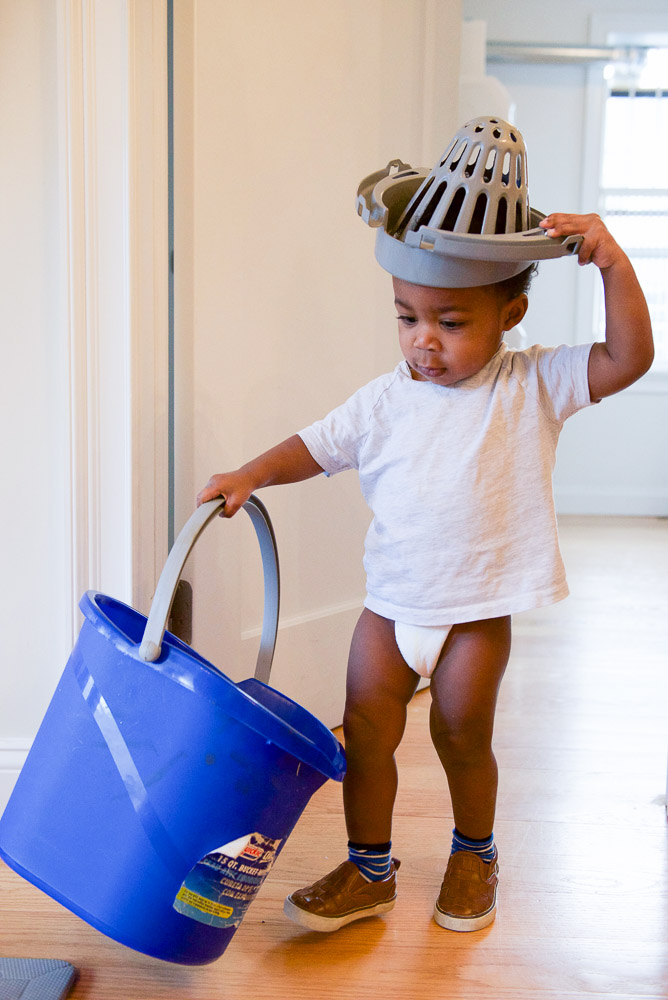 And we just say, “Whatever makes him happy.” 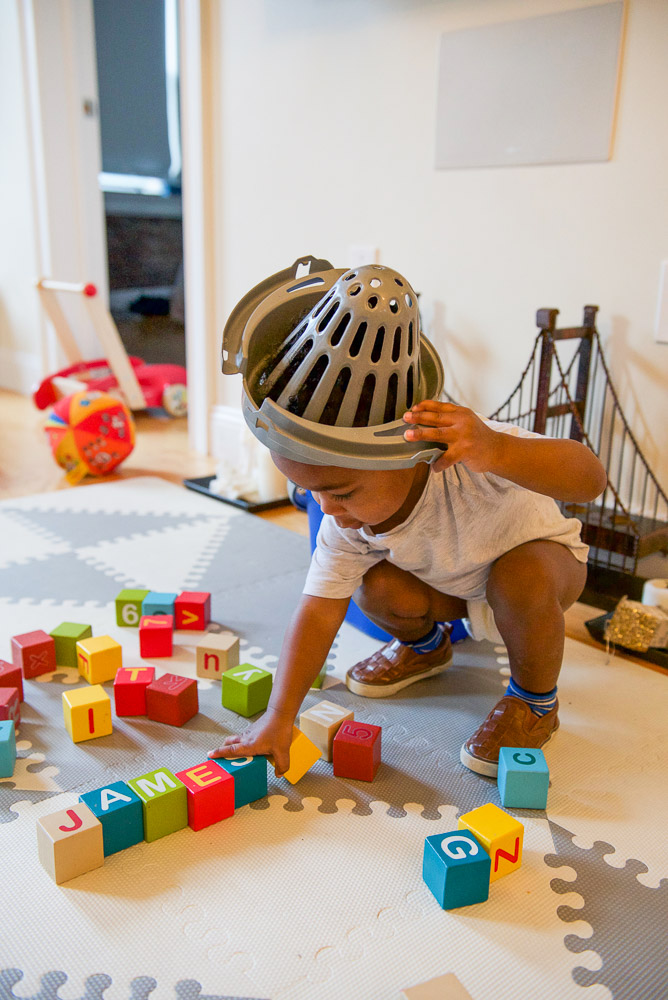 The sudden explosion of letters and language and expressions and independence and humor have me pondering all of the things that live inside our children and are just waiting to burst out. I’m told this is the beginning of years filled with these kind of surprises, and I’m so looking forward to it all. 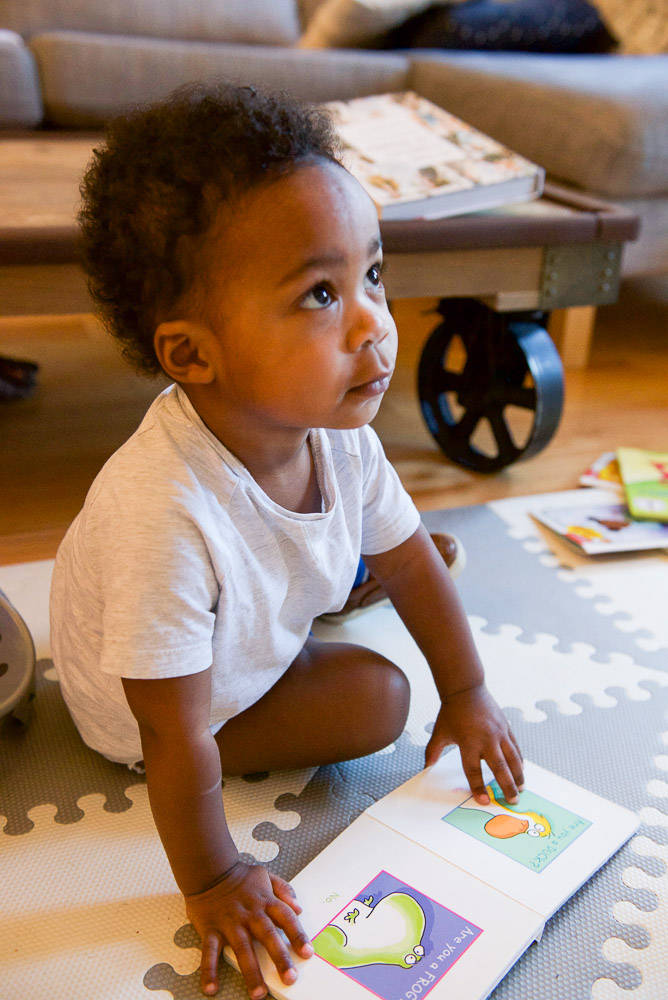 P.S. Lots of people come over and comment on Jameson’s wooden walker and block set. It was great in helping him learn to walk and for play and recognizing letters. It’s this one

, if you know a little one who could use it. 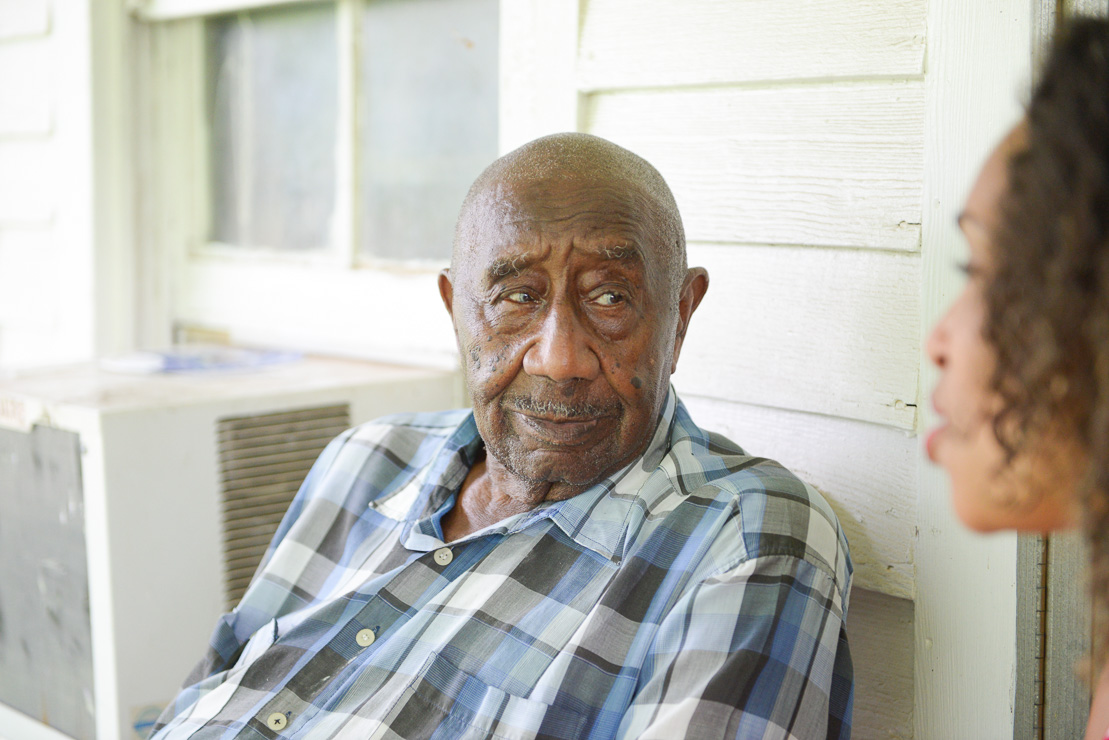 An Interview with Cousin George: 97-years-old, the son of a former slave 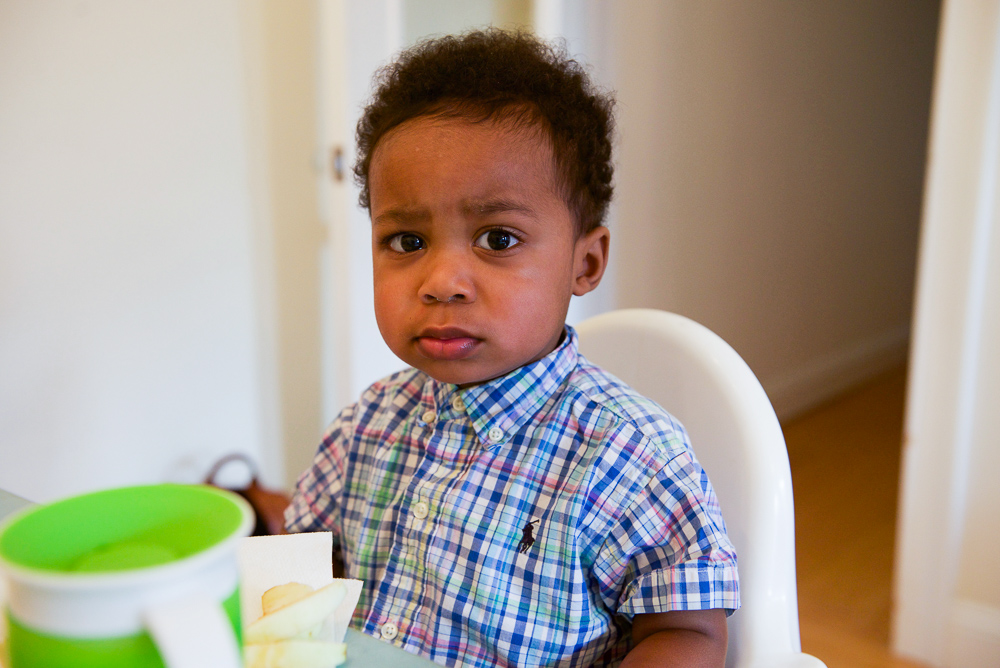 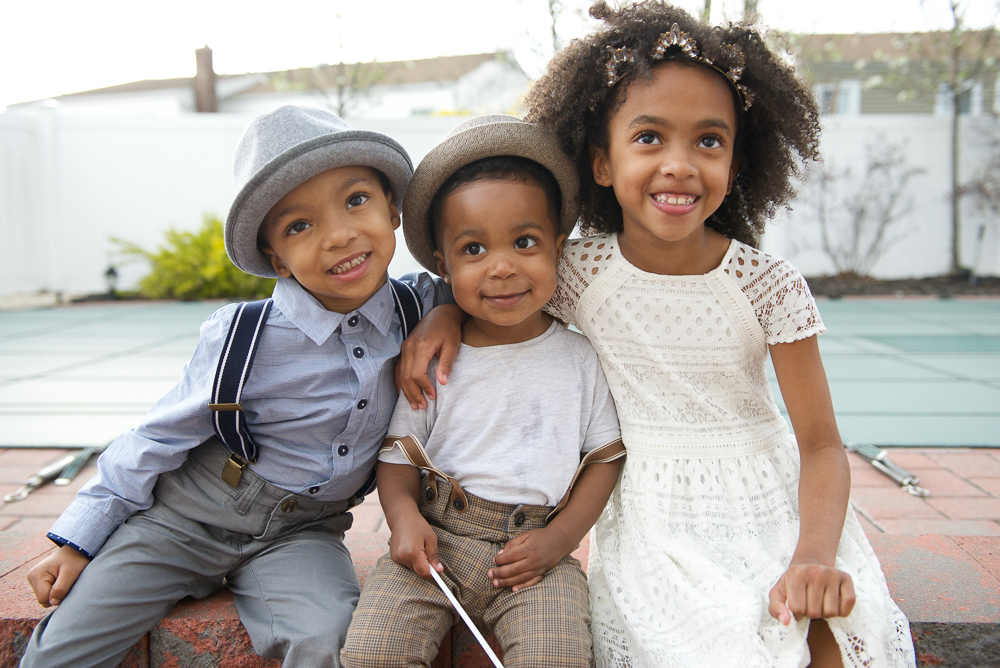 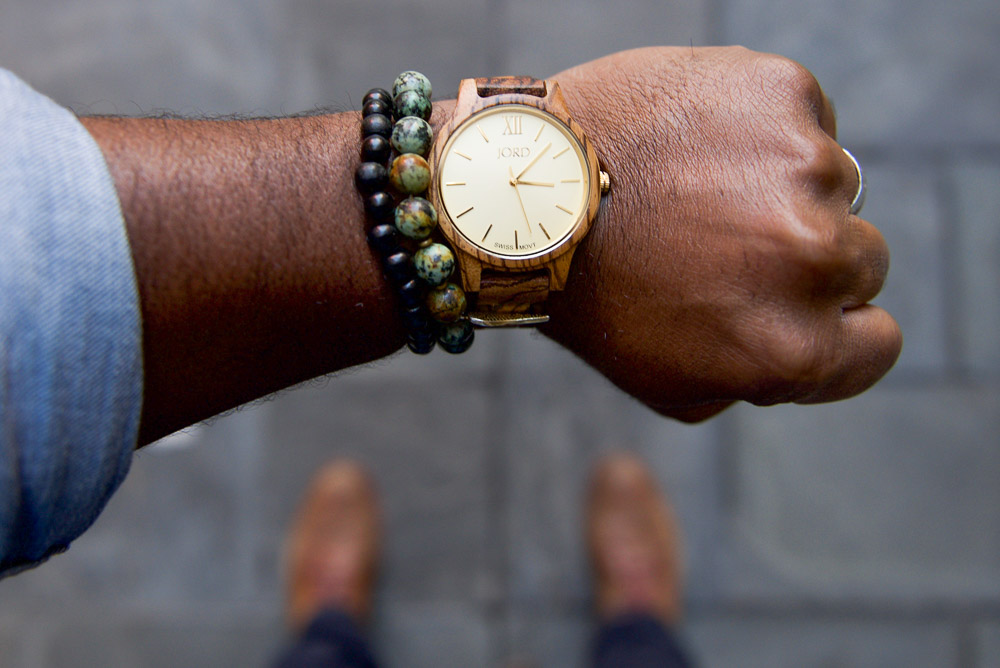 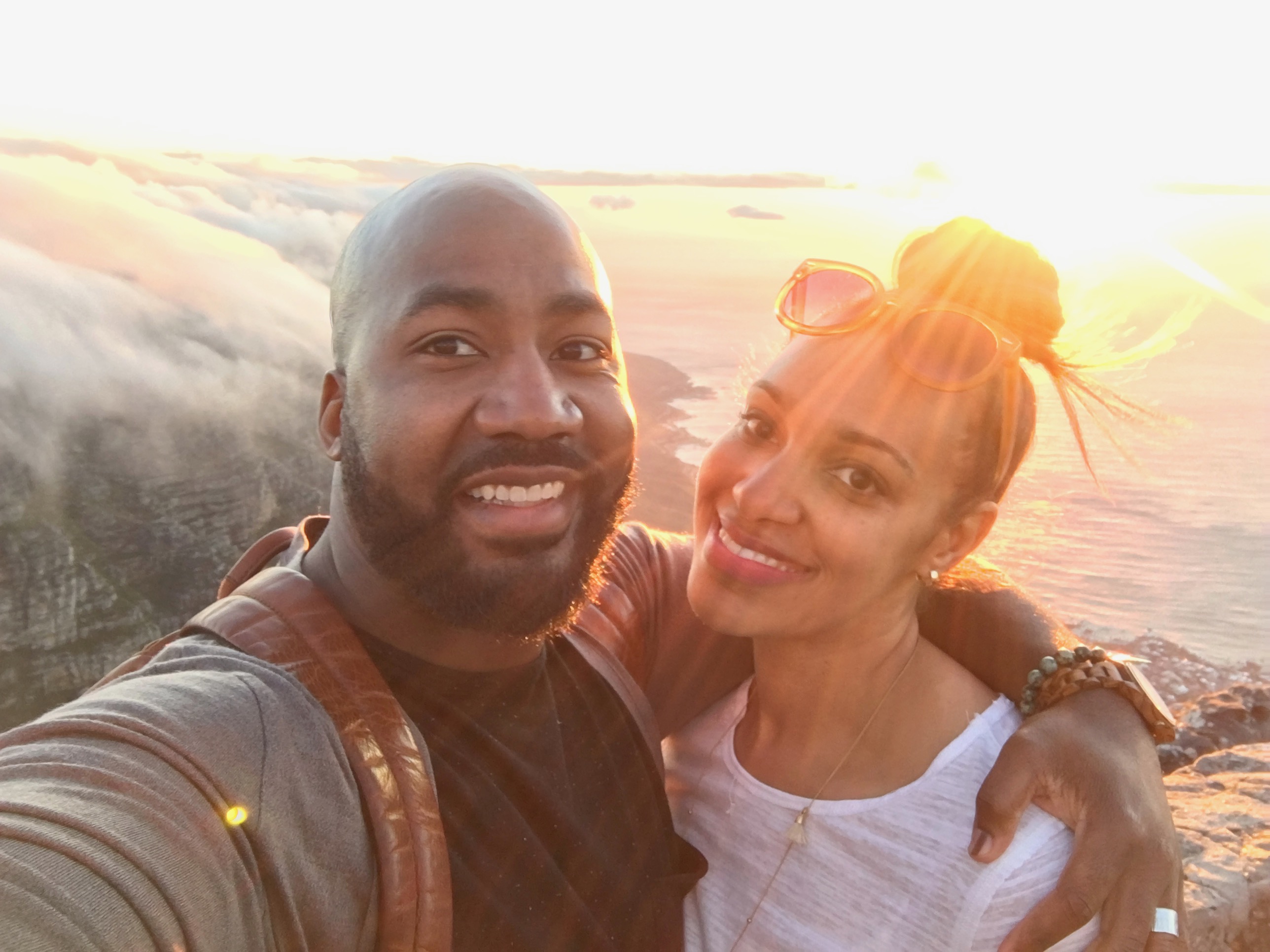